Bernard Zinck is currently Associate Professor of Violin and the Chamber Music Director at the University of Wisconsin-Milwaukee. In 2018, he received the “Excellence in Studio Teaching Award” by Civic Music Association of Milwaukee. For the past nine years, he has been the artistic director of the Lakeside Chamber Music Workshop held each summer in the Chicago area. A graduate of the Paris Conservatory (first prize winner in violin and chamber music), the Juilliard School (Fulbright Scholar, BM and MM), and Temple University (DMA), Dr. Zinck started his concert career after winning the 1992 Yehudi Menuhin Trust Award in Paris. He performs regularly in Europe (Théâtre du Châtelet in Paris, Lizst Academy in Budapest, Mozarteum in Salzburg, Basilica San Clemente in Rome, Irish World Academy of Music & Dance), the United States (Weill Hall in NYC, Cultural Center in Chicago, National Gallery and Phillips Collection in Washington D.C.), South America (Belo Horizonte, João Pessoa, Porto Alegre, Rio de Janeiro, São-Luis and Uberlândia in Brazil) and Asia (Oji Hall in Tokyo) both as a soloist and chamber musician. His Szymanowski, Live from France and Uncommon Voices recordings have received critical acclaim from the International Press (The Strad Magazine, Strings magazine, Diapason, Fanfare, High Fidelity). He has been featured on NBC Nightly News with Brian Williams, France 2 Musiques au Coeur and Dimanche Martin, Chicago WFMT, and Wisconsin NPR. As a pedagogue, Dr. Zinck has served on the faculty of Eastern Music festival, USA, the Cologne Hochschule fur Musik summer program in Montepulciano and the International Lyric Academy of Rome, Italy, Holy Trinité Camp in Haiti, Académie des Arts de Flaine, France, and he gives master classes throughout Europe, Asia, Northern, Central and South America.

Bernard Zinck performs on the “Fielbelman”, a Giovanni Battista Rogeri violin, dated 1690 – a purchase made possible through the generous support of the Bass family. 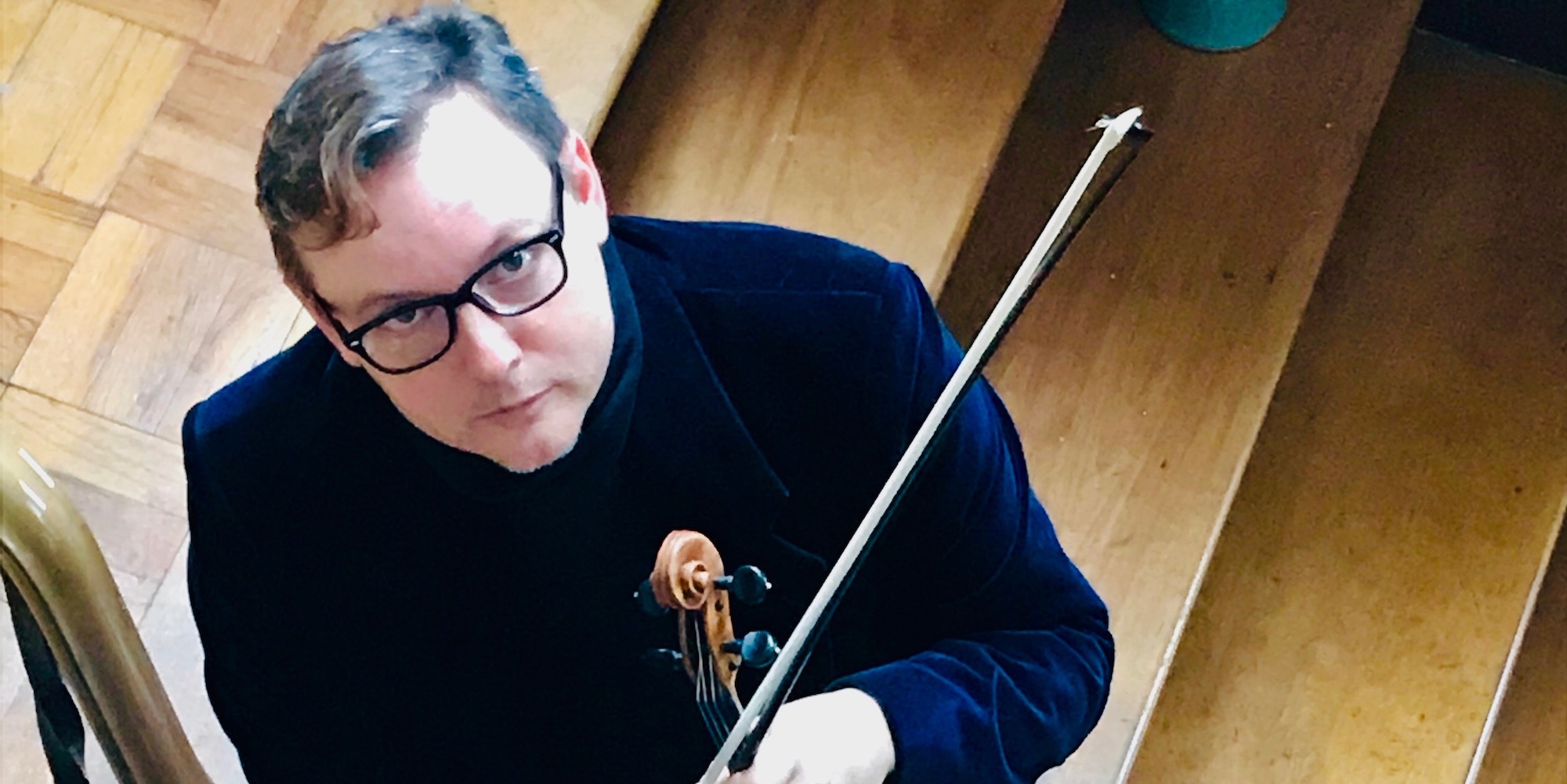 A native of France, violinist Bernard Zinck won the 1992 Yehudi Menuhin Trust Award in Paris and since that time has appeared in recitals, as soloist with orchestra and as a chamber musician throughout Europe, North and South America and Asia. A committed educator, he was awarded in 2018 the “Certificate of Excellence in Studio Teaching” by Civic Music Association of Milwaukee.

Zinck graduated from the Paris Conservatory and, after winning first prizes in violin and chamber music, was admitted as a Fulbright scholar to the Juilliard School, where he earned his BM and MM degrees. In 2006, he received a DMA degree from Temple University in Philadelphia. He wrote his thesis on the eighteenth-century French violinist, Chevalier de Saint-George, a remarkable figure of the French Enlightenment whose compositions he has researched, lectured on and performed in Montreal's Black History Month, the Chicago Festival de la Francophonie, and the EACLALS triennial conference in Venice.

Dr. Zinck is regularly invited to conduct master classes and residencies throughout the world, and recently taught as a Distinguished Teaching Artist at the Eastern Music Festival. He is currently Associate Professor of Violin and Chamber Music Director at the University of Wisconsin-Milwaukee, and is also the artistic director and founder of the Lakeside Chamber Music Workshop (Illinois and Loire Valley). He has served on the faculty of the Köhln Summer Institute in Montepulciano, the International Lyric Academy of Rome and the Tuscia Operafestival (Italy), Music in the Alps in Courchevel, and Holy Trinity Summer Music camp in Haiti. In July 2020, he will be joining the faculty of the Académie des Arts in Flaine, (France).

His talent and interpretive insight have made him a sought-after soloist who has performed extensively in concerts and recitals in Europe, the United States, Canada, Mexico, Haiti, Brazil, South Korea and Japan. His artistry has been praised in terms such as "impeccable accuracy of pitch" and "formidable technique." Strad Magazine noted his "round and opulent tone” and his "vibrato bringing moments of sheer ecstasy,” while Fanfare was impressed by the "singing, sensuous, sumptuous, shimmering” quality of his playing, which the French Figaro summed up in the expression "violon solaire.”

Residing in the Midwest, Zinck has performed extensively throughout the region: in Chicago at the Dame Myra Hess Series at the Cultural Center, Rush Hour at St. James Cathedral, Cube, Alliance Française, and with members of the Chicago Chamber Musicians on WFMT “Live from Studio One;” in Wisconsin at the Calatrava Art Museum and All Saints Cathedral (Milwaukee), Chazen Museum of Art (Madison) and Lawrence University Conservatory of Music (Appleton).

Bernard Zinck has recorded for Ligia Digital (Complete works for violin and piano of Karol Szymanowski), the Musical Heritage Society (Live from France) and Vienna Masters (Chamber music works by Burt Levy and Yehuda Yannay). One of his performances at the Rush Hour concerts was featured on NBC Nightly News, and he has been featured on many television and radio broadcasts in France and the United States. In 2016, he wrote an article “Coping and Recovering from Injuries” that was published by String Magazine.

Since 2002, Bernard Zinck plays the Rogeri “Feibelmann”, a Giovanni Battista Rogeri violin, dated 1690 - a purchase made possible with the support of the Bass family.

With over 25 years of teaching experience, Bernard Zinck continues to be a dedicated violin and chamber music pedagogue. He currently holds the positions of Associate Professor of Violin and Director of the Sorkin Chamber Music Institute at the University of Wisconsin-Milwaukee. His commitment to chamber music has led him to create the Lakeside Chamber Music Workshop, a summer program that offers participants chamber music coaching, master classes and presents concerts. His students have been admitted into music programs at the Paris Superior Conservatory of Music, the New England, Oberlin and San Francisco conservatories and the Jacobs School of Music at Indiana University. Many have won competitions, positions in orchestras and universities, or have started string programs in their own communities.

As the product of both conservatory and university training, Bernard Zinck firmly believes in a well-rounded musical and academic education. In his teaching, he stresses the importance of acquiring the broadest possible knowledge – a knowledge focused not only on the instrument but also on physiology, music history and analysis, aesthetics, art and history. Equipped with a rich contextual background, his students are encouraged to seek mind and body connections, leading them to develop a natural and stress-free technique. Awareness of how the body works is an essential component of his teaching, as every aspect of violin technique requires a set of precise and well-coordinated physical actions. Once students develop and incorporate this awareness, they are able to concentrate on the musical aspect of their training. In this regard, he encourages his students to study scores, recordings, and write research papers in order to learn about each composer's musical style.

A performer himself, Bernard Zinck seeks to offer many performance opportunities to his university students. Performing in weekly master classes, class recitals on and off campus, chamber music concerts, or collaborative performances with dancers or other artists, they hone their skills and learn to become confident and at ease on stage. 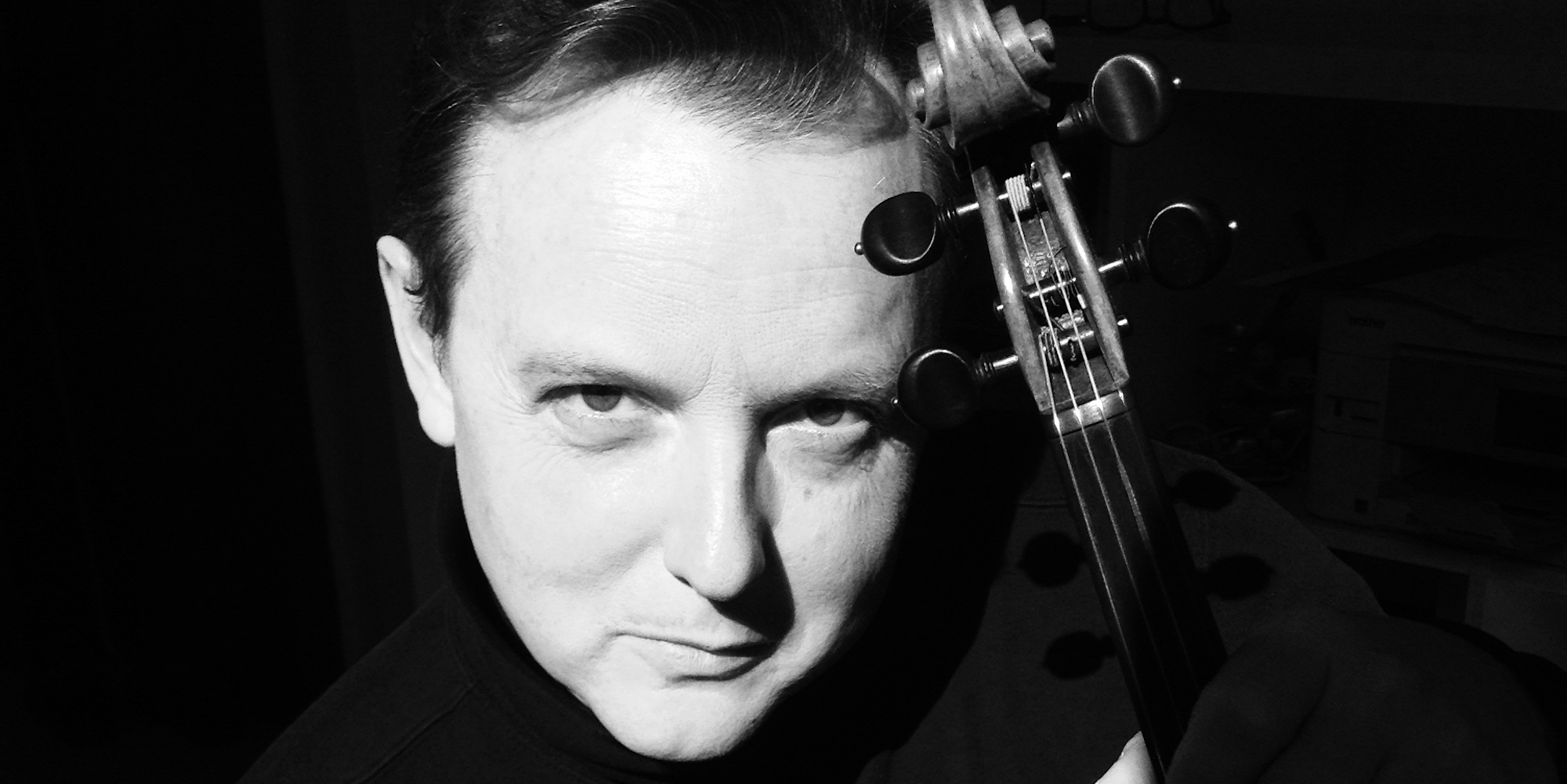 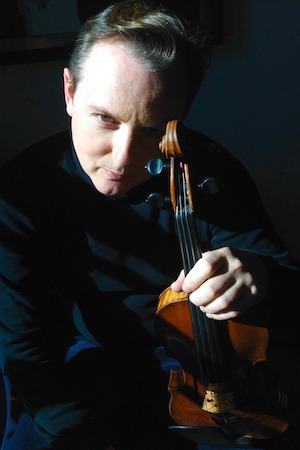 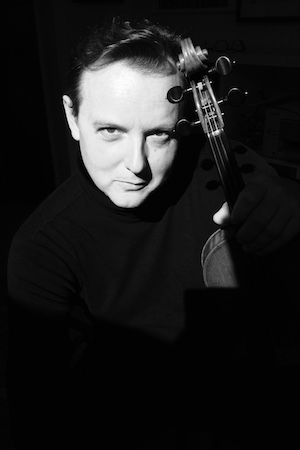 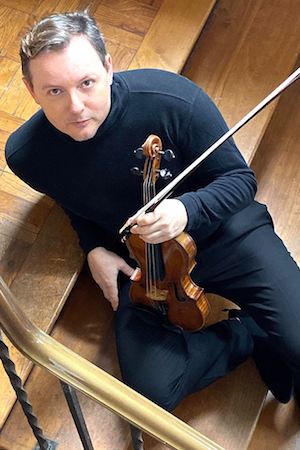 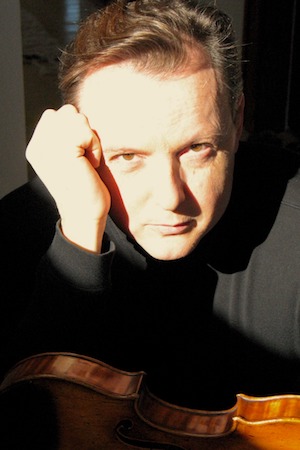 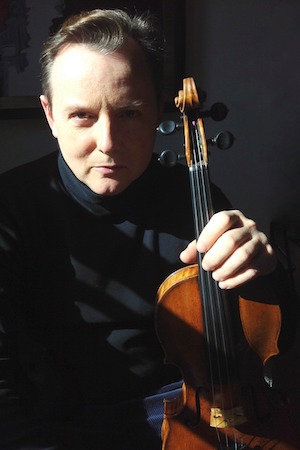 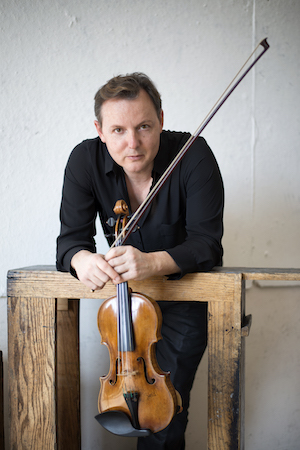 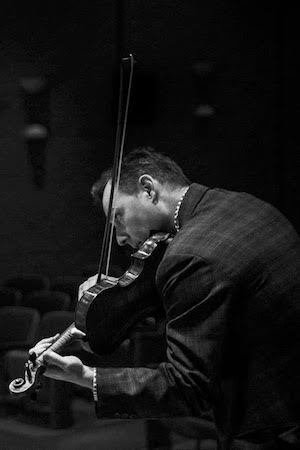 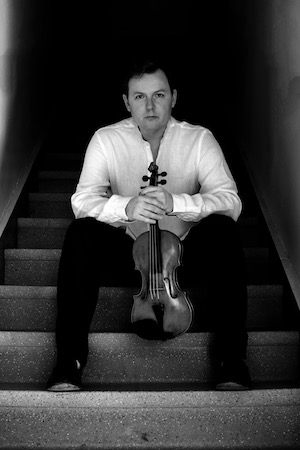 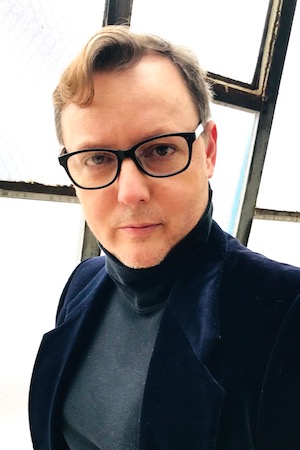 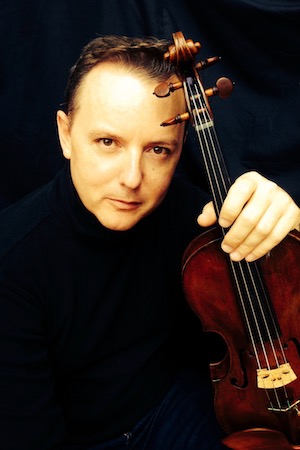 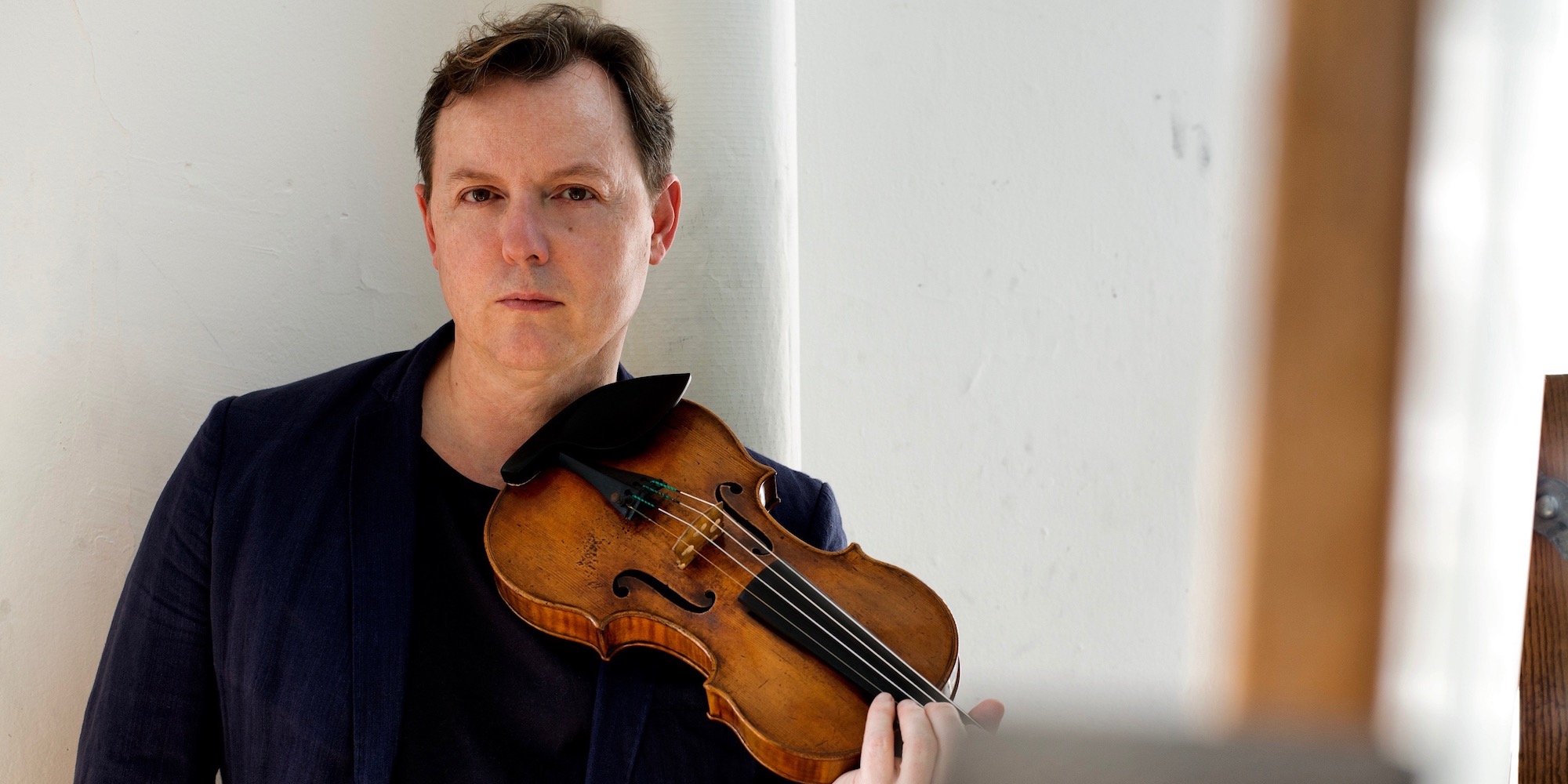 To see all of Bernard Zinck's videos, visit his YouTube page. 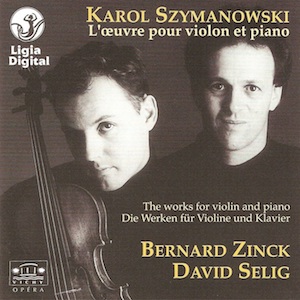 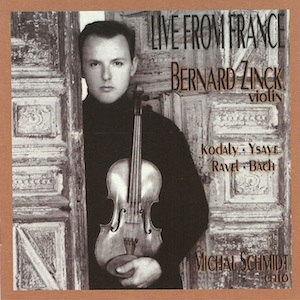 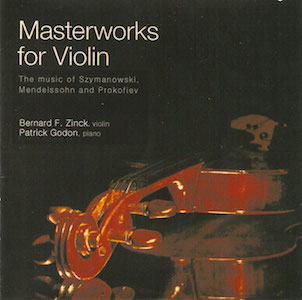 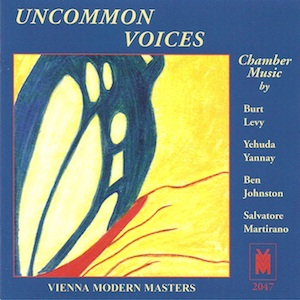 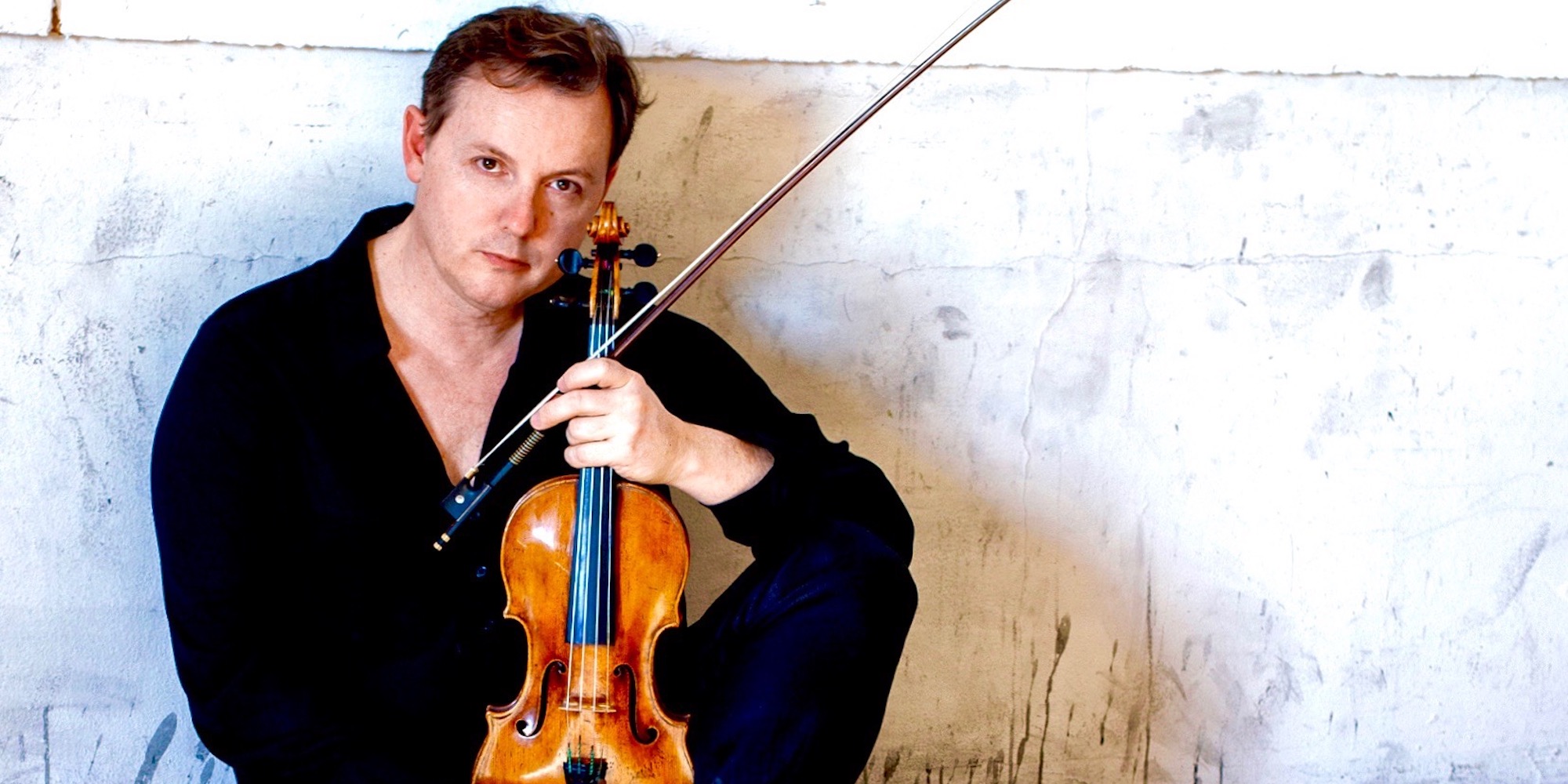 "Zinck has a round and opulent tone, a vibrato bringing moments of sheer ecstasy...impeccable accuracy of pitch and acrobatics gorgeously captured."
The Strad Magazine

"High on the list of essential Szyamanowski recordings...absolutely captures the mysterious and otherwordly atmosphere of the Mythes."
High Fidelity

"Bernard Zinck's playing is distinguished by superhumanly accurate intonation. He also has the technique and muscle to realize the music more passionate moments...the result is pure music."
Musical Heritage Review

"Zinck plunges into Szymanowski with intensity and plays with a shimmering tone."
Diapason

"Zinck played with strong technique and he phrased with sensitivity. His timbre was particularly eloquent and his brio winning"
The Washington Post

"Rich sound...tasteful playing...Zinck is a bold, expressive, commanding player. Hi moves comfortably and convincingly from style to style. His interpretations are full of the nuance and detail that demand attention."
The Milwaukee Journal

"He demonstrated powerful technique, strong musical taste and an easy platform presence...rounded performances with real artistic interest.Zinck was superb, his playing had plenty of fire and he refined his tone to a whisper. His agility was staggering. The concert was a high-voltage program of concentrated and rewarding music making.
The Santa Fe New Mexican

"Quiet virtuosity and sustained grace...eloquent interpretation, the luminous product of a refined sensibility."
The Albuquerque Journal

"A scintillating violinist, exceptionally gifted with a string of impressive performances to his credit...Plays with virtuosity, energy and panache...sensitive and depply moving."
Le Figaro, Paris

"A concert of rare beauty by an exceptional artist."
Dernières Nouvelles D'Alsace

Bernard Zinck concert bookings and publicity appearances are managed by:

The University of Wisconsin-Milwaukee